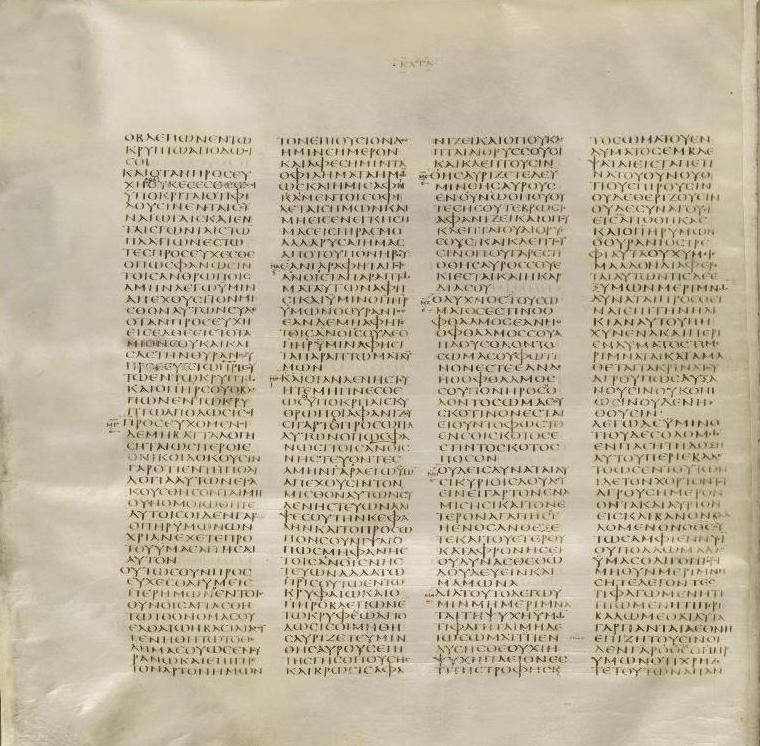 So, what am I supposed to take literally in the Bible? Good question.

Let’s start with the idea of literalism. It’s a fairly new idea, gaining prominence in the 18th Century. Some argue that our preoccupation with “literal truth” is a product of the scientific revolution. When science became the rod by which everything else was measured, the singular tool we had for truth, we then thought we needed to approach the Bible in a similar way.

Not only does seeing the Bible literally give us a rule that we can use to read. It makes the Bible into a series of rules, as well. Truthfully, the Bible probably is the most concrete thing we have to tell us about God and in the18th Century and before that, concrete things like the Bible were helpful for the revelation of truth.

But the Bible is a living document, the Holy Spirit influenced inspired writers to create this authoritative document. I think that’s a basic premise from which we can begin. But that doesn’t really help us with the nitty gritty of its interpretation.

For some of us, starting with the Bible’s authority is a little tough because we don’t think the Bible is worth reading because we don’t know how accurate it is, what it’s point is, or whether it is relevant for us, we also might think it’s boring. And if you’re there and you don’t want to read the Bible, I think that’s OK. I think you’re OK. But if everything needs to be relevant, or entertaining, or something, you may want to evaluate why that is.

I might encourage you crack open the Bible, even today, and see what God reveals to you. And when you do that, what do you do next?

The Bible was mainly written for people who were illiterate. It was orally delivered and so many of the questions that we have today just didn’t exist back then. At the same, it isn’t appropriate to dumb the Bible to a fifth-grade reading level. It’s more than a series of lessons that we can easily consume.

But it’s also not endlessly complicated. Boy, if seminary has taught me anything, it’s the specialized Biblical study is way out there. It’s totally based on educated guesses and social construction. I studied a small passage in Philippians last semester and I was amazed at the level of scholarly debate that people engaged in about the book. But when I initially read the pericope I was using, I had an idea about what the passage was about, and after I spent probably hundreds of hours studying it further, I came to the same conclusion.

The Bible is meant for everyone. If you want to do a disciplined study, I wouldn’t stop you. But I don’t think that a scholarly study, a Bible degree, or anything else is really crucial for you. God will reveal what you need to know through the Bible. You have the capacity, even if you don’t have the interest.

But still, beyond a postmodern or modernistic bias, there is another one that I want to talk about. I am going to call it principalization bias. I want to unpack that idea. Before we even approach the text, we might consider the idea that one must find personal or specific meaning in the text. The Bible is not less authoritative if a passage of scripture does not have a principle that I cannot carry over into my life. When I require that of the text, I may be inclined to make metaphorical and allegorical what in fact may not be. I put myself in the middle of the text; learning not to do that is a good principle for our life, though.

With that in mind, I think a general methodology that may result in application is a good tool to have. And so I want to go through one way we interpret the Bible in Circle of Hope. I suppose I’m doing this because you can’t really learn how to read the Bible unless you’re doing it.

First step: pray. Be near to God and ask him to open your heart. This is important. Sometimes when I have a question about the Bible I ask r/AcademicBiblical. It’s a scholarly forum and it frustrates me because they are obsessed with being “objective.” First of all, they aren’t. They have some bias and some philosophy that guides their so-called scholarly discussion. Second, I don’t want to be me only influencer. I want to be influenced by the Spirit. So start there, really unreplaceable.

Second step: preview. I lightly read the passage at hand. Sometimes I find it helpful to read the text myself in a variety of translations (usually NIV, NRSV, CEB, and NASB). One goal of my cursory reading is to figure out what my “knee-jerk” reaction is to what it means. What biases do I bring to the text? They are not all necessarily bad, in fact some of my biases are important to consider later on in the process, but noting my preconceptions and my scriptural instincts is important. As my study informs my own practices, I may in fact be able to go through the methodology faster.

Third, I read it again, and this time in my reading, I highlight specific areas that are confusing or words that do not seem to make sense. If the translations have differing words, I highlight those.

After I have written down my biases and questions, I try to read the same text with an objective framework, attempting to answer the question of historical intent. What does the text mean for its audience? What did the author intend?

I appreciate noting the cultural differences between now and then. I do not assume that cultural differences are all appropriate, in fact some of our cultural differences may have resulted from disobedience of God. Furthermore, if we repeatedly violate the scripture, we will inevitably have cultural limitations that prevent us from adhering to the teachings of the Bible. The things that get filtered out in this section are important to note. Are we filtering out differences that are inconvenient for us? Moreover, I tend to do historical and literary research here. What was the actual context, historical, socially, and culturally? Sometimes a Bible dictionary, commentary, or background commentary is helpful here. Sometimes your study Bible will help too. But I prefer to ask the other pastors and my friends. My community may be the best Bible commentary I have.

Fourth, I think about what it means. What is something I can learn from the text? I need to ask myself how I am biasing this principle. Are there physical or emotional challenges that prevent me from understanding the meaning of the text?

Personally, after I discern a principle, I challenge it. I try to deconstruct it. I counter it. What are the arguments against this principle? Furthermore, I note what the rest of the Bible says on the subject, and most importantly, what the New Testament and Jesus says about it. Also what the community of scholars currently and historically have said on it, and what my current colleagues and comrades have to say about it. The study of the Bible is a group project, so I am likely to consult many people about my interpretation.

Fifth, I pray again. I pray that God blesses me and my reading. This process really needs to be saturated in prayer.

Sixth, I tell someone. Telling someone helps me reflect about what my own thought is and it helps me challenge and reconsider