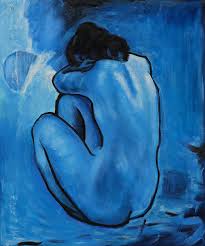 When I hugged one of my cell members the other day, she told me I was a good hugger. Now I have another skill to add to my Twitter bio. Good to know. I think the sisterly and brotherly affection we share with one another is elemental to our community. So much of what we do is emotional and personal. I actually think the Gospel is best revealed that way, through you and through us, and through the body of Christ.

God is personal, not impersonal. He is emotional and we can see that when we consider our own emotions. They are “theomorphic” (coming from God), not “anthropomorphic” like the Greeks taught. The Greeks, the moderns, and the postmoderns sort of placed reason at the top of human life, because it was “objective” and even “impersonal.” Nietzsche famously said that “wit is the epitaph of emotion.”

But God is not Impersonal; he isn’t “objective,” the laws of the world don’t apply to him. He is the author of love and meaning. He is Personal, he has pathos, passion, and wants to connect with us. This was as true at the dawn of time (and God exists above time, too, but that’s neither here nor there). One of the reasons that it can be dangerous to bifurcate us or God into parts (as Plato did with the soul: appetite, impulse reason), is because he is One and he is Complete.

Nevertheless, I wonder how much we have divided ourselves up and our own faith. I confess personally to being stuck in my head often. I’m emotional, but I’m not very emotive. Lately, I’ve been getting some good feedback to be more personal and more vulnerable. It was a little scary to hear that because being vulnerable makes us so vulnerable to pain. But I think the risk of suffering is worth it. For me, emotionality is so connected to touching, that it makes sense that it would be risky to be emotive or to extend a hug.

I grew up in an Evangelical church with a pretty rationalistic father. Faith was all in the head, and not really in the heart. In fact, my youth group was surprisingly academic, with a moral emphasis on not masturbating. I’ve spoken to a lot of other people about this, and it’s interesting how much resistance we have toward that kind of touch that we forget to teach people how to touch one another in non-sexual ways. The proliferation and availability of pornography makes this even harder; it kills our emotions, teaches us to be so self-reliant, that we lose the human need for connection and affection. All of a sudden, we can have multiple sex partners and no real connection with them.

This is not just a matter of one’s background though, personality matters. Not all of us will be as emotional or physical as the other person. I’m an intuitive person, so I’m not super in touch with my body. That also contributes to all of this. But I think it’s worth stretching ourselves beyond the limits of our personality to encounter God in one another. Being in a body helps us remember our own body.

Ultimately, I think that lack of emotionality and physicality is damaging to our faith. Not that it should be divorced from reason, but it shouldn’t be limited and excluded to it either. We need to love God with all we’ve got; that means not bifurcating ourselves either, but trying to move into wholeness with the Whole One.

So try to get in touch with your own emotions and your own passion. Maybe it starts with doing something practical with a friend. Take a walk in the woods. Hit a tree with a stick. Go swimming (or skiing as the case may be).

Maybe start journaling. Go on a retreat. Experiment with contemplation. Try to observe Lent this year (maybe go on the Lent Retreat on March 4). Join a cell and share something personal, if it feels safe. The thing we are doing is so communal and so personal, we need to emote and relate.

Try to move beyond sexualized physical affection. Maybe just start with hugging your friend or your spouse or your girlfriend or boyfriend. Wanna hug? Call me up.