I was sitting with the rest of the steering committee for the Philly Coalition for Affordable Housing and Nora just said out loud, “I’m angry!” I felt her. There is a lot of reason to be angry, especially for those of us paying attention. I’ve had to turn my fury into laughter at times because the infuriating is equally absurd.

But I am deeply disturbed at the abject racism in the United States and the free pass that liberals give it, in the name of free speech and democracy. I am not committed to the salvation that is brought to us by a regulated market and a republic. Those things might be functionally good, but they are not what saves me. I refuse to consider the state the chief social agent and I want to keep transforming the world with those who are moved by the Holy Spirit.

That line “moved by the Holy Spirit” comes from Circle of Hope’s mission statement. Who are the ones moved by the Spirit? It might be the angry ones.

St. Thomas Aquinas allegedly said, “He who is not angry when there is just cause for anger is immoral. Why? Because anger looks to the good of justice. And if you can live amid injustice without anger, you are immoral as well as unjust.”

There is reason to be angry. Abraham Heschel notes that God himself is angry and that the prophets among us, who are often deemed heretics and cast aside, are empathetic to the pathos of God. They feel what God feels. God is angry at the hate and the violence perpetrated by racists in the United States and across the world. The prophets feel that anger and express it.

But so often those very prophets are termed “troublers of Israel.” That’s what Ahab called Elijah when Elijah criticized him. And today so many people call those who oppose the evil in the United States “troublers.” 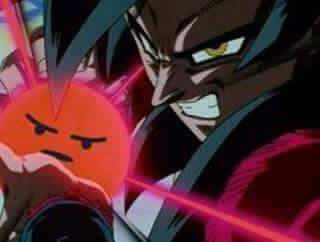 They are ready to pounce on every misstep of the “troublers” in order to make the state and the status quo look holy. The rhetoric about violence on both sides, which the President reiterated last night in Arizona, is exactly like this.

I was deeply disturbed when I noticed that same rhetoric being used by my brothers and sisters this week. A discussion on our denomination’s listserv about crying out against the hate demonstrated by white nationalists ended up in a defense of Donald Trump, a heralding of U.S. democracy, and a criticism of Black Lives Matter and Antifa. I was baffled.

Antifa have its problems, but who doesn’t? And what good is it to mute their holy outrage by picking the speck out of their eye? I’ve often wondered about the question of violence against fascism and injustice. I really do believe it is an expression of holy anger. I personally disagree with it, but it’s too easy to point out the sin in my brother or sister’s actions and consequentially invalidate everything they are doing. I don’t want to be a pious Anabaptist fundamentalist, as if nonviolent ideology is what will save me.

My friend remarked about this very kind of judgment, the fundamentalist judgment we do to ourselves too often. We are made by God and God loves us. Every imperfection we have God can fix. We move with God, we grow closer to God, and we are made whole. God is the author of our wholeness. In the current age, God needs our imperfection for his power to work. Like Paul said, God’s grace is made perfect in our weakness.

These days I am looking for where God is and it’s clear to me that he is among us. Part of the clarity comes from activists resisting police brutality and white supremacy.

It is always interesting to me that when the powers that be are threatened by a little rebellion among the people, all the state apologists, the ones who defend the military’s violence internationally and the police’s violence locally, start quoting King and Gandhi when they talk about nonviolence. Every Republican is a genuine Anabaptist when it comes to defending the state, it seems. Nonviolence then becomes weaponized against resisting. I’m not a Nazi puncher and I don’t recommend it, but we have to be cautious to not use our conviction toward nonviolence as a way to deafen the creation’s groaning against injustice.

To be fair, those of us advocating for nonviolence are often treated as children who haven’t thought hard enough to be at the adult’s table. But for this issue, among conservative and liberal circles, nonviolence is given a major seat at the table. It’s in fact the preferred response of the state for its citizens. Hence the deafening dialogue about “both sides.”

The people not given a seat at the table are then people that white supremacists clearly oppress and spew hate. I’m empathetic toward those who are enraged because they express their outrage in a way that many liberal nonviolent advocates do not. State-supported nonviolence, which Trump would gladly affirm, removes the teeth from nonviolence and makes pacifism simply passivity.

Antifa is a disorganized movement that is reacting to the hate that is so cavalierly demonstrated by white nationalists and defended by the current administration. I feel sympathetic to their anger, but disagree with their action from a spiritual and a political point of view. But spending my time criticizing their efforts as “equally bad” to the white nationalist’s side surely misses the big point. Furthermore, it overshadows the good work they are actually doing.

I am much more likely to agree with their rage and anger and personally convince them to use other means. We can debate how effective those means are or aren’t, but the Gospel truth is best delivered personally. Once we start thinking of our faith as a matter of principals and propositions, we remove the incarnation from it. Once we separate the lived experience in our bodies with our thoughts, we can actually drift gnostic. We need to deliver the truth personally, anyway. And part of that is pointing out what our brothers and sisters are doing right.

I think Antifa activists are close to God’s anger and very well may like to explore more about God in community. I am empathetic to their rage and I think they might listen to me.

So rather than weaponizing nonviolence, pointing our sin on “both sides,” and sitting smugly as holier than thou, I am moved to self-examine my own sin, while also pointing how my brother or sister is close to Jesus already. I hope I can help someone actually take a next step of faith. We can keep building with Jesus, who ushers in both peace and justice.