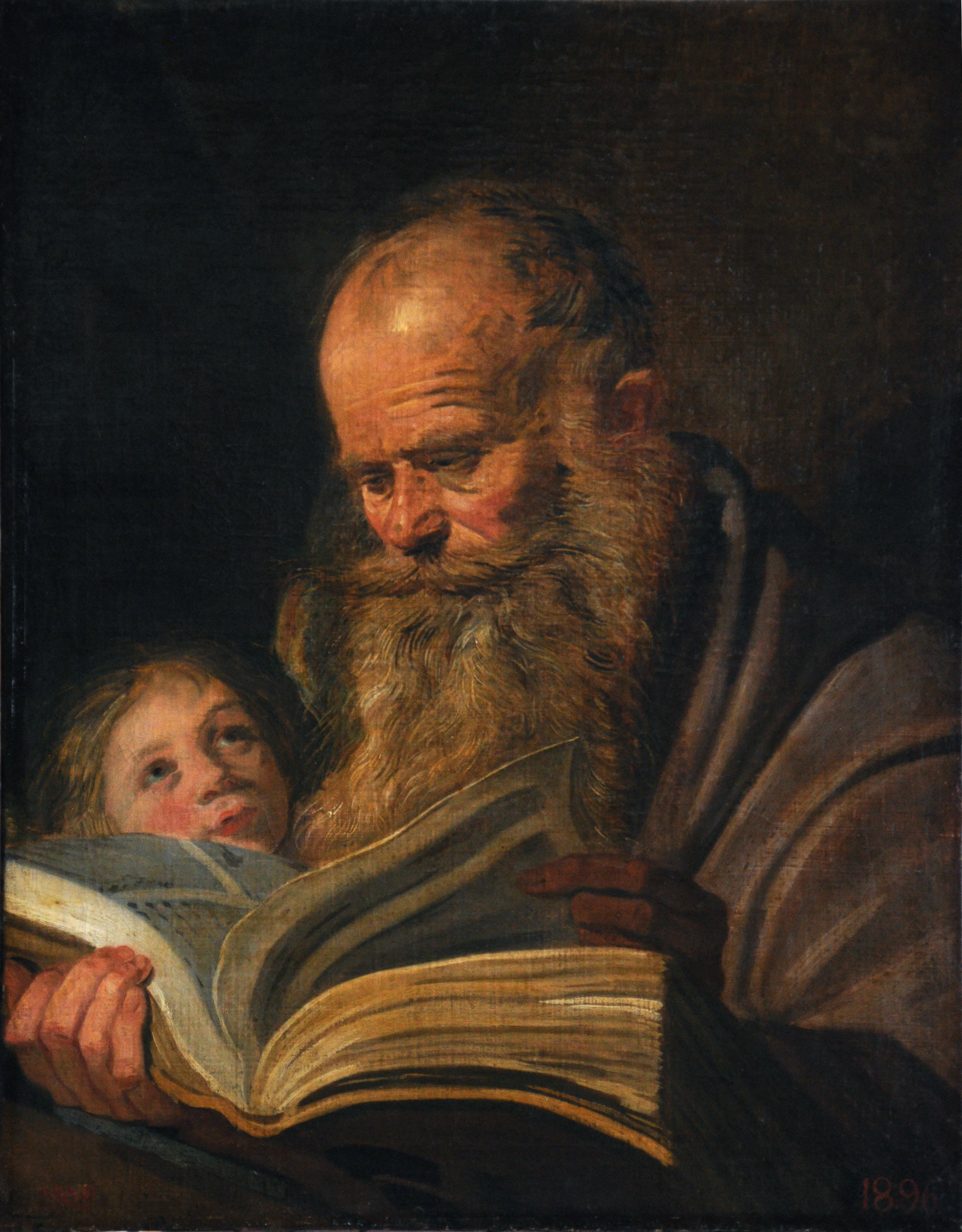 What prevents us from moving into our second act of faith? The Apostle Matthew shows us a few ways that we can’t seem to move into our fullness.

Relating to the Apostle Matthew’s life is a challenge, mainly because we don’t know much about him. He becomes the famous person to whom the first book of the New Testament is attributed. He may have been one of the most literate people among the first twelve disciples, since he made his living using a pen when he was a young, rich man. He is often portrayed in art with an angel talking to him. Here he is about to write some newly-inspired thing in his book.

First, it may be our reputation that keeps us from moving into our second act of faith. Much like we feel about ourselves, perhaps, or our enemies. Matthew was hated. As you may know from studying the Bible, in the time of God’s incarnation in Jesus a person pretty much had to sacrifice everything to be a tax gatherer. You probably despise the IRS. But the Jews hated tax gatherers with a righteous vengeance. The most religious among them thought that paying tribute to anyone but God was a sin. (These days we hate tax gatherers, not because of our loyalty to God—but rather, ourselves.) So they classified tax gatherers with murderers and robbers. If you were a tax gatherer you could not be a witness at a trial. You were not even welcome at worship. Which is why the publican in the Lord’s parable is standing far off when he prays.

But tax collectors like Matthew weren’t hated just because of religion. They were notoriously greedy and corrupt

I was trying to imagine just what it was like to be Matthew, I think of the time that a Turkey Hill employee racially profiled me. I hadn’t thought of this story for a long time, but I recently retold it. It was customary for us to stop by Turkey Hill before our shift started at HersheyPark. The guys I worked with would usually buy something; I usually decided to remain frugal and abstain. The employee didn’t really like that, and he thought of me as a threat in the store. He asked me to leave if I wasn’t going to buy anything—saying, he didn’t want to accuse me of stealing. I told him I didn’t want to have accused him for discrimination! It was a bit assertive, but it worked. Unfortunately, my friend’s mom was a higher-up at Turkey Hill and she was distraught when she heard this, so she had the man fired. I testified at his unemployment hearing and he didn’t get unemployment. Not the greatest outcome, but at least one time that I could imagine what it would like to be Matthew.

The judgment of others may keep us jammed up. Jesus noticed Matthew, and notices us, but we are often trying to avoid human contact. Jesus notices us and includes us. Despite our wickedness, Jesus gets us in. We might hate when he does that. The Scribes and Pharisees did. Peter did, too!

That moment of being called into one’s second act, even being given a second chance, is a wonderful irritation. It’s like the first time you went on a rollercoaster and experienced the fear turned to exhilaration, or right before you figured out how to ride a bike and the awkwardness turned to confidence or when you ate broccoli as an adult and it tasted good, and the disgust turned to appreciation. Maybe it is like Jesus asked you to dance and you overcame the resistance and just danced and suddenly you were a dancer. The first act had no dancing. Now we love dancing.

Now I know you understand what it feels like to resent having someone just have an epiphany and waltz right out of their old life and into a new one. Even though you feel guilty, you still resent it and you suspect that it won’t last. Once a drinker always a drinker, once an adulterer, once a divorcee, once a liar, once a person who hurt you and didn’t know enough to say they were sorry, once a person who left you alone in your trauma and didn’t come find you, or pointed out your folly and humiliated you. Really, Lord, you are going to their house?

Finally, it might be us that keeps us stuck. Matthew had a lot to get over from his past. Once you think everyone hates you and you have become part of a small society of people who are misfits like yourself, it is hard to imagine being somewhere else. Matthew was a misfit in acceptable society and then he became a misfit in his misfit society by deserting his lucrative career that was probably subsidizing a lot of partying and following Jesus. It is hard to let yourself change. 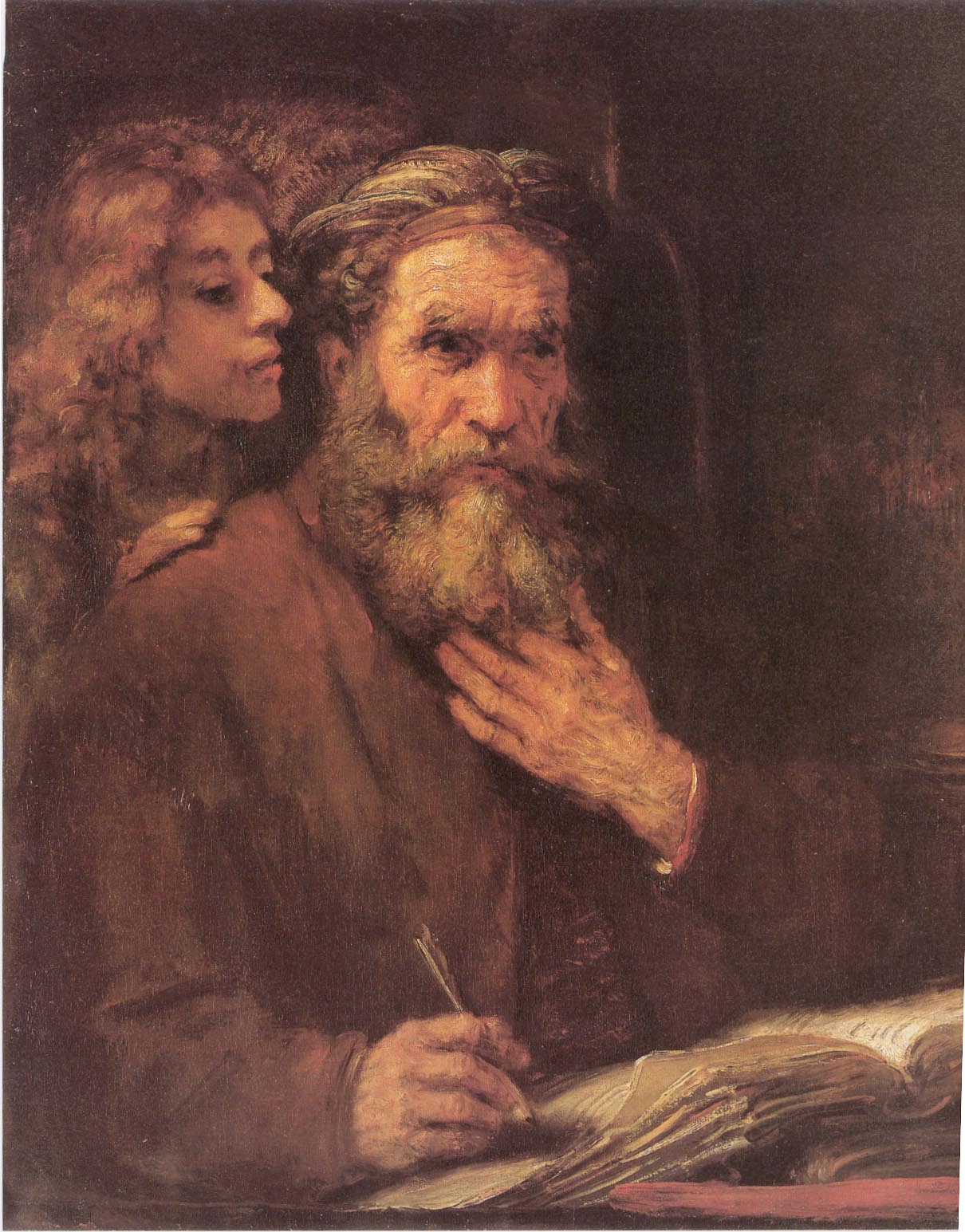 But all of us are going to be sitting in what has become normal this week and Jesus is very likely going to call us into something that is more normal to him. The logistics of change and the resistance of loved ones is going to be hard enough. But it is that inner baggage of the past that might provide the biggest obstacle. When Matthew began to follow Jesus he probably changed the kind of clothes he wore and probably smelled different. But what did he feel when they walked around Capernaum and people recognized him as the old, despised tax gatherer? Who did he feel like?

I am probably in a conversation at least once a week, when someone tells me how bad they are. Most of the time we are talking about something they really want to do and they can quite lucidly tell me why they are unlikely to do that. They know they are a misfit, but how does one get themselves to be a misfit in relation to what makes them a misfit so they can fit with Jesus? That’s the drama of the second act.

When our first act is really ugly, it’s hard to envision a better second act. I was thinking of human characters who underwent a transformation from a very vile individual to a moral one and I kept drawing blanks. One of the reasons that I did, I think, was because we so often think evil people stay evil, just like we think when we are bad we stay bad forever. Or, we don’t think evil and good exist at all, and so the antagonist and the protagonist of the story could very well be the same person. We get obsessed with anti-heroes. We don’t often see true transformation, except in comic books it seems, and even then less now than than ever. With those messages, it’s hard to imagine how to become more than who we were.

Here’s a thought. Like Matthew, you will have to listen. I am not even talking about responding to what you hear yet. But the beginning of the second act is listening to God. Most of the time what we hear is not something new. We probably just need to really listen to what we have already heard. Try this if you want to get into a second act in your life. Spend a half hour in quiet with God when you go home or tomorrow morning. Really. Do it. Write down what God has called you to be and do. Not in the past, but now. I think you might be able to come up with a few things. Listen to what is being whispered in your ear; write them down. Among the things on your paper might just be the thing you are called to next.

One Reply to “Dancing with Matthew into our second act”